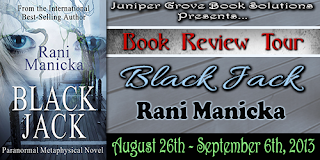 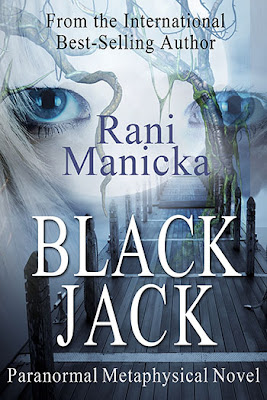 Title: Black Jack
Author: Rani Manicka
Published: June 7th, 2013
Word Count: 80,000
Genre: Paranormal Fantasy
Synopsis: A story about suffering, betrayal, love and hope.
At seven she became another missing child statistic. Seven years later her life is a strange, lonely existence. Her memories are not her own and her special powers have been harnessed for the sole use of her owners. To the people who guard her 24 hours a day she is known as Dakota, but they also know she is dangerous, so dangerous that she must never think for herself.
Fourteen-year-old Black dreams of another life. Hidden away in his bedroom with only his mother and a television for stimulation, each day mirrors the last.
When Black is visited by an inter-dimensional being it becomes a pivotal moment. A door to another world opens and changes Blacks life forever. Soon Black is propelled on a collision course with a powerful ancient secret society.
To save mankind, he must play… the Devil’s game…
But what are they really after and how far will they go to get what they want. With deceit and betrayal all around… JUST WHO CAN HE TRUST?
Rani Manicka is an International best-selling novelist and the author of three previous books. Her works have been translated in 26 languages. Black Jack is her fourth and latest novel. A provocative, unforgettable tale that questions the beliefs that lie at the very heart of humankind.

Excerpt:
Last night was fuzzy in his memory. He remembered going to a club, a special place where they played kings and queens in the back rooms. He didn’t know why he still felt the need to frequent such seedy places, but it was only there amongst the most degenerate of humans that he felt he could be himself. In places like that there was no need to pretend and hide. All was filth, and so was he.

He walked silently into their bathroom. When they had been on their honeymoon his wife had seen this design in a ladies’ toilet in Richmond, England. And she had never forgotten it. Ten years ago when they had moved into this house she had recreated it. An English design. Blue patterns on white, like china. Pretty. He switched on the lights and stepped up to the mirror and blinked, his eyes still unused to the sudden brightness. Someone had written on his bathroom mirror with pink lipstick.

His jaw dropped as he read the message that was scrawled across the mirror in bold handwriting. His first reaction was one of fear. That someone had entered his bedroom while he had slept and written on his mirror. Then the expression in his eyes changed to one of disbelief. Below the mirror, lying without its lid, was the lipstick used. He picked it up slowly and looked at the blunted edge. And tried to remember. How? When? He looked again at the words.

FOR HEAVEN’S SAKE CATCH ME BEFORE I KILL AGAIN. I AM PURE EVIL.
No doubt about it. The handwriting was his. He sat on the broad, wooden toilet seat⎯an English antique specially flown in. He turned toward the mirror and looked at his own shocked face behind the writing. He had no memory of writing the words. He closed his eyes and thought hard about the night before. But it remained elusive. Shadows. And it occurred to him that this was not the first time there were gaps in his memory.

There was only one explanation and that one was totally unacceptable. 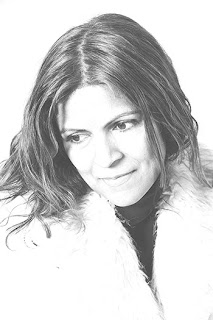 About the Author:
Rani Manicka was born in Malaysia and spent her childhood on a long white, beach in the company of natural storytellers. But when she was six, she was stuffed into a uniform and banished to school. In protest, she quickly mastered the art of reading novels during class. Though, she had never dreamed of writing herself, a chance encounter with a woman scorned in an Italian restaurant inspired her first plot.

Her first novel The Rice Mother, Infused with her own Sri Lankan family history, is a vividly imaginative story about the frailties of human nature and the terrible consequences of war. It won a Commonwealth Writers Prize in 2003. Her subsequent novel, Touching Earth is a dark and compelling tale of love, betrayal and addiction. The Japanese Lover, set in Malaya during the Japanese occupation is an absorbing tale of the intense passion between captor and captured. Rani's books have been translated into 26 languages. She lives with the two great loves of her life; Rick and their beautiful son/dog, Ty.