I Want You To Tell Me A Story

Hi there, my name is Marc Nash, an independent author from London with 4 books published on Kindle and several more to come. 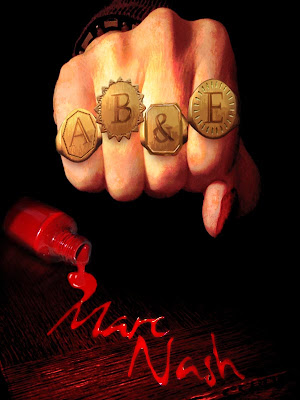 While it's tough competing out there trying to get noticed and to get attention for my books, I'm actually going to try and make it harder for myself by recruiting some more writers to publish books of their own. People who maybe up until now haven't felt able to consider themselves as an author. I want to encourage as many people as possible to become writers. After all, the means of getting published are readily available and at little or no cost, so the only barrier to becoming an author is you!


Everyone has a story inside them. Their own story. If that story is complemented by family lore and anecdotes passed on by friends, then you have a wider pool of experiences to draw on for writing material. The moment someone tells you something sufficiently interesting that you file it away in your memory, it becomes part of your experience as well, even though you obviously haven't lived it yourself. You probably didn't file it away with future writing in mind, but simply that it spoke to the person you are in some way. But us writers, we draw deep and far on our wells of experiences, all it takes to use it in your writing, is to flesh it out with your imagination.

But what happens if your story is largely a domestic one? Of cooking, shopping, cleaning, child care and chauffeuring children? A laundry list of relatively mundane tasks, how could you fashion that into an interesting read?

If such a story were to be written by Mark Haddon (author of "The Curious Incident Of The Dog in The Night Time"), then each errand or task would be described by the author in such a way so as to invest them with the tiny victories or the minor setbacks of everyday life. Somehow in the context of the book, they would become the very stuff of life or death itself, but then the author would rein you back into seeing them in their true scale. If Samuel Beckett were to write the book, then the list of errands would be painted in such a way as to depict the absurdity and emptiness of human life. If Nicholson Baker ("The Mezzanine", "Room Temperature") penned it, he would likely launch into microscopic detail about Hoovers and barcode scanning on shop counter belts, as a sly, subversive satire on consumer capitalism.

Even treating it in an absolutely straight manner can still make it enthralling and interesting. I once saw an hour long stage play with one actress on stage, enacting in silence the going about of her daily chores. The audience were hanging on desperately for those first spoken words. They never came, as the play ended with the character taking her own life. The audience had been put through an emotional wringer, simply through how they were asked to witness a woman carrying out her everyday housework.

All it requires to invest even the most unpromising of material into captivating an audience, is for a uniqueness of voice. And that comes down to the author's language and their imaginative representation of things. If you move the reader's mind through the ideas you demonstrate and their emotions through the feelings your words inspire, then you are a writer!

Thank you so much to Flora for letting me have this opportunity on her blog. Get writing folks! 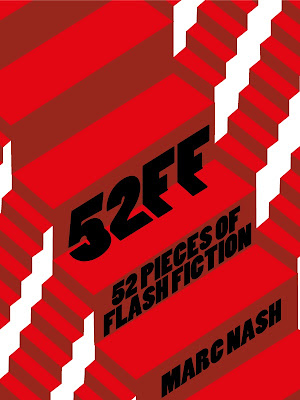