I would like to thank author Monica LaPorta for agreeing to be interviewed. She is the author of The Ginecean Chronicles which starts with The Priest and continues with Pax in the Land of Women. This is my favorite new series so far this year. Come back in a few days when we will be giving away 2 sets of this series in the Lost In a Good Book Blog Hop.

Please tell us a bit about yourself.
Hi, Flora. First of all, thank you for having me on your blog. I follow your reviews 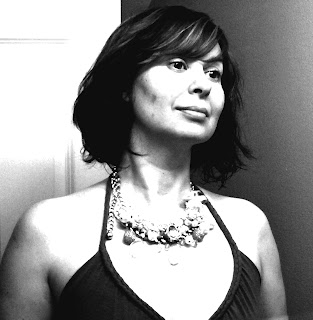 with great interest—I discovered we have similar tastes in reading material—and it’s an honor for me being interviewed by you. Regarding me… well, let’s see, I’m an Italian who moved to the States twelve years ago. It was the summer of 2000 and even though my life wasn’t defined by that single moment, it sure was changed by it. I didn’t speak English, I could read it, but my conversational skills were pitiful, and so there I was a frustrated thirty-something who couldn’t go to my kids’ teachers conferences without needing a translator. It wasn’t funny, but I did get through it and one day I realized I was thinking in English. And was then when I remembered my English teacher in middle school telling me languages weren’t my forte. It felt great. Having to reinvent myself as an adult made me understand I was capable to do much more than I suspected and when the Muse called I decided to follow my heart.

What authors have been an influence on you and your writing?
I’ve been a voracious reader since I was six. My very first novel was The Wonderful Wizard of Oz by L. Frank Baum. Soon after my father gave me I, Robot by Isaac Asimov, and, at the tender age of ten, one of my birthday gifts was Martian Chronicles by Ray Bradbury. Normal, everyday life lost all its appeal after having traveled to alternate dimensions, the future, and Mars. Later, I discovered ancient creatures and unspeakable horrors thanks to Lovercraft and Poe. As a teenager, I fell in love with the magic realism of Gabriel Garcia Lorca and his oneiric One Hundred Years of Solitude. I like to think I was influenced by all of them.

That's so cool The Wonderful Wizard of Oz was also the first novel that I ever read as well. I love the Martian Chronicles too, but I was a bit older than you when I read it.

How long have you been writing? Have you always been interested in writing dystopias or do you write other genre?
I have been writing for almost four years and I started with a YA sci-fi love story, which, hopefully, one day I’ll publish. I went on writing a YA fantasy, then a sci-fi 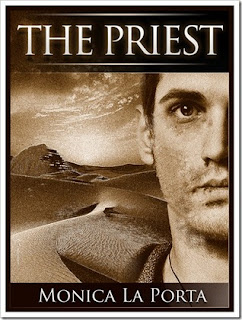 space opera, but I didn’t feel they were good enough to justify hiring an editor. Other two projects were stored away before I started working on the Ginecean stories. First, I wrote Pax in the Land of Women, then in the middle of its first draft, two characters begged to have their own story written and The Priest was born. Dystopia is definitely my favorite genre, but I like to write in any genre that allows my imagination to fly away.

The Ginecean Chronicles seem to be drawn on the myth about Amazonian women. Is this where your idea was drawn from? or are there other inspirations for this story?
There are several ideas behind the Ginecean Chronicles. To sum a long story, I’ve always been a great supporter of equality in every form. I feel sick when I hear stories of prejudices against human beings just because they are deemed different by current society. A few years ago, I heard for the first time of an organization called ‘It Gets Better’, which aims to create a support net for bullied teenagers. The majority of those kids are victimized because of their sexual orientations. At the same time, I read an article about a future where men wouldn’t be necessary to propagate the human species. And so I reflected on how ephemeral social rules can be.
What is given for granted now wasn’t one hundred years ago. Ancient civilizations had more sophisticated and accepting way of lives compared to the nowadays bigotry. Somehow those ideas stuck in my mind and Ginecea was born.


Is Ginecea meant to be an Earth of the future or a different world altogether?
I’ve been always fascinated by what-if stories which assume that something happened in our past and changed our present. Ginecea is an alternate Earth where society evolved in a different way and women took the power at some point in the past.

Your books have wonderful characters, are they inspired by people that you know?
Thank you on behalf of my characters. They are bits and pieces of the people I love.

What kind of research went into this series?
While writing the Ginecean series I had to dust off my Ancient Greek and Latin. The language the men speak is Latin. Although I kept the references to a minimum to not put off readers, I still wanted the wordings to be correct. Ginecea is an existing word I loosely used; its roots come from Greek and it means ‘the place of the women’ and it’s normally associated with women clinics. By the way, the word ‘gynecologist’ comes from the same root and it means ‘women’s doctor.’ Finally, I had to check facts about the desert and medicine and illnesses in general.

How many books are planned for this series? And when will the next one be published?
The Ginecean Chronicles started as a trilogy, but somehow a fourth story is slowly emerging. Chronologically, the story will end with the third installment, Prince of War, which is already written. I’m crossing fingers to have the editing done by December because I’d like a 12/12/12 release, just for fun. The fourth novel will be a story set during the last chapters in The Priest, the period when the City of Men is being built.

Do you have any other projects in the works?
Apart from this fourth Ginecean title, I’m working on several different projects. One is a fantasy novel set in a world where people live in complete darkness below the surface, without knowing there’s life outside under the sun. Another project is a dystopian YA I’m writing just for fun every Friday, adding a handful of words every week and publishing snippets of the story on my blog. The final project is an illustrated book for kids. The idea behind it is to offer an image and a few evocative words and let adults and kids create their own fairytales.

I love the cover art for your books. Can you tell us about the artist?
I’m glad you asked about Alessandro Fiorini’s incredible work. I consider myself 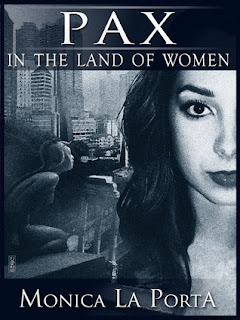 lucky to count Alessandro as one of my best friends, not only because of his integrity as a human being, but also because of his talent. Both covers have a story behind. The Priest’s took forever to finish, but Alessandro was patient with me and my quirks and delivered an elegant version of what I had in mind. The model he used for Mauricio is his nephew, whom I remember as a child. I’m particular fond of the cover for Pax in the Land of Women for several reasons, one being that we managed to obtain permission from the Australian sculptress Julie Swan to use the picture of one of her statue aptly called Muse for the background. The other reason is more personal and makes me particularly proud because the model used for Pax is my daughter.

Is there anything else that you would like to add?
I think your readers have had enough of my blathering, but I would like to thank you once more for having me. Without the dedication of bloggers like you, who donate their time and energies to read and review the work of unknowns, writers like me wouldn’t have a chance to have their voices heard. There are literary gems out there that would never be discovered without book bloggers. Thank you, Flora.

You are very welcome. I appreciate your kind words and taking the time to answer my questions. Its an honor and a joy to be able to be one of the first to read wonderful works like yours and others that I have come across this past year. I appreciate the priviledge of getting to review for you.
Posted by Flo at 12:00 AM