Hi all. My name is Lorne Oliver, writer of a thriller novel called Red Island out right now as an ebook, and I am thrilled to be doing a guest blog. I’m going to talk about something that I really thought I would hate until I got right into it, research. 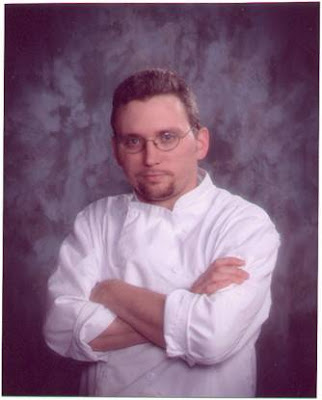 When I was younger research was a four letter word like: yuck, poop, and ewww. Being told we had a research project was like telling us we had to go out back and shovel sewage. But then that was back in the day when you had to go searching through Encyclopedia Britanica and any other books you could find in the library. In writing Red Island I didn’t have a choice. Research had to be done. The plan was to write a novel looking through the eyes of a Royal Canadian Mounted Police (RCMP) member and at what makes a serial killer. I am not a member of the RCMP and, though some people were worried after reading the novel, I am also not a serial killer. Research had to be done.

For the RCMP everything fell into my lap. My wife started interning with them in Charlottetown, Prince Edward Island and her boss got very interested when she told him I wanted to talk to him and write a novel. As far as I’m concerned going straight to the source is always the best research. A lot of the details of Sgt. Reid from Red Island are what I got out of talking to several RCMP members including his past career and some of his experiences. Going to the source and asking more questions than you could ever need answered is the key. Now that I am working on the second novel I still refer back to those questions and send them emails asking even more questions. The thing most people don’t realise is that a lot of people are more than willing to talk to you about whatever it is they do. You find the one or two that are willing and everything will just flow from them.

A lot of the information for the RCMP can be found online, but the personal touch is what makes the research alive and will bring a character or story right off the pages. Finding out how a member of the Major Crimes Unit would carry his gun or what type of notebook he uses adds the realism that a good story needs. For this following scene it was the knowledge of how everyone had to wear white full body suits they called “bunny suits” and that the police use Vicks Vapo Rub during an autopsy to help with the smell of a decomposing body, but that it doesn’t really help. 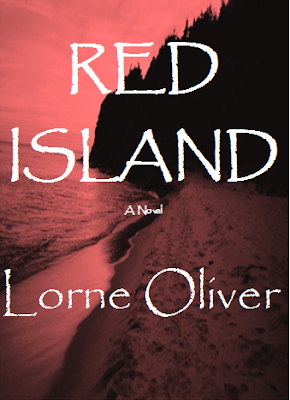 “Decomp., my friend. Dead bodies smell. All those fluids and gases trying to get out all at once make a wild soup. The Vicks is on the table.” Dr. Norton doesn’t move his eyes from his work.

Eckhart stands on the opposite side of Jane Doe from the Doctor. Marilyn stands a little behind him. The back of her gloved hand is pressed against her mouth. She looks at me with wide panicking eyes. Though most of her is in a white bunny suit I can tell her skin is green. I put a splash of Vicks under my nose. All the Vicks in the world can’t mask this smell. I feel it seeping through the suit, through my clothes, and onto my skin.

The other half of the research came from this amazing invention called the internet. Have you heard of it? When you are out there writing suspense thrillers competing against the likes of Kathy Reichs who is an actual doctor in the field of her main character you have to do the work to even have a chance. Lucky for me there are internet sites that describes to you step by step what happens at an autopsy or how to run a criminal investigation. Perhaps if I asked the right people I would have been able to sit in on a real autopsy, but for me personally that would be disrespectful to whomever was on that table. The internet is an amazing tool that all writers should use to the fullest. Sites also go in depth into the minds of serial killers. There really isn’t much of a line between being good and being evil. There are interviews with actual serial killers and you can find actual crime scene photos going back to even Jack the Ripper.

Third choice, let others do the research for you. For the next book I couldn’t find information on a small island attached to PEI. I wanted to know what it had been used for in the recent past and what it is being used for now. I emailed Tourism PEI and asked them. They got what little information they had, but because it had become part of a national park they then contacted National Parks and got a whole lot more information which they also forwarded to me. This info dated back to when the English and French first colonized the island. Sure, I didn’t need that detail and I will not use all that they sent me, but adding just a little adds to the telling of the story. And all it took me was one email.

The first rule of writing has always been “write what you know.” Everybody knows something about something. Think of all the things you know, no matter how small or insignificant you might think they are. In my life I’ve been a security guard, corner store clerk, martial arts instructor, and a chef. I’ve cut firewood, delivered newspapers, been in a car that flipped upside down, walked through castles in England, taken two kids, two dogs, and three cats across the country on a train, answered phones at a call centre, cooked in a federal prison, hunted in the woods, asked for food at the food bank, and got lost in the Rockies. Everything has something you can add. Meet people in life and online and take note of what they do. Having an expert to ask questions to is invaluable to the research of a novel in any genre. It is all the little details that you can put in, like the scars on a chef’s fingers for instance, builds up the realism of your story. Oh, and don’t forget that the second rule to writing is that “there are no rules.”

I want to thank Flora for letting me be here today. It has been a lot of fun. I hope to come back for some more in about 6 months with my second novel. Check out my links to find out more about me or Red Island.

Smashwords
Posted by Flo at 4:34 PM