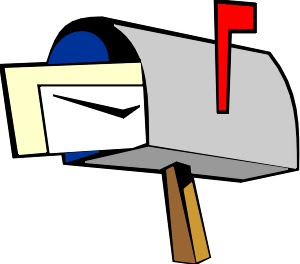 I have quite a list of books that I have recieved this week. My to-read list is ever growing.

Cinderella returns to continue her bloody revenge. While at the Ball, she reunites with her evil stepsisters, and discovers that the Prince has some secrets of his own that are far from charming.

In 1813, a timid sculptor wants to complete the commission to sculpt a replica of a soldier slain in the Peninsular war for a museum exhibition, but the man's grieving brother gives her a severe set down, not realizing he's speaking to the very artist he's engaged to create a loving monument he hopes will help him heal from the emotional pain of losing his brother.


I received the three books of the Dragonslayer series:

For Astrid, a blacksmith who makes swords for dragonslayers, the emergence of a strange gemstone from her body sets in motion a chain of events that threaten to destroy her life. Her happiness is shattered when her lover-the dragonslayer-disappears without a trace, and the life that she knows and loves implodes without warning. Astrid lives in a world of shapeshifters whose thoughts have the power to change not only themselves but others. Everything Astrid knows to be true is called into question when she learns the truth about her past and the mysterious family from which she was separated as a child. Reality turns inside out as Astrid gradually learns the truth about the people she loves as well as those she disdains. With the fate of dragons, ghosts, and slaves in foreign lands resting on her shoulders, Astrid faces the challenge of deciding who she is and how she will stand up inside her own skin. Will she withdraw and hide from the world that has disappointed her so much...or will she rise to lead others to freedom and peace?

Astrid is reluctant to travel the winter route beyond the Northlands, even though it's her duty. She'd rather stay home in her village, surrounded by friends and neighbors. Ignoring the bonds of tradition, she decides to spend the cold winter months in the warmth of her blacksmithing shop. Why should she leave the comfort of her cottage to serve and protect foreigners who might raid and harm her native Northlands?

Everything changes when a traveling merchant steals Starlight, the first dragonslayer's sword Astrid forged and her last link to her sweetheart DiStephan. Having no time to alert her friends, Astrid races in pursuit of the merchant, determined to reclaim Starlight as her own and return home in time for dinner. Instead, her quest leads her to new lands, unexpected friendships with foreigners, and a harrowing encounter with the damage done by the followers of a new god that considers women as nothing more than servants to men. All the while, she must be ready to face any dragon traveling the winter route.

In Book 2 of the Dragonslayer series, Astrid must learn that deciding who she is isn't a decision she can make just once. Instead, it's a decision she must make every day.

In Book 3 of the Dragonslayer series, Astrid accepts her duty and follows the winter route--until she's bitten by a dragon. Everyone knows dragon bites are poisonous and deadly, so she reluctantly accepts her impending death. In a twist of fate, she survives. Desperate for an explanation, Astrid believes she has somehow been protected by the black stone she keeps with her at all times, a stone that emerged from the sole of her foot a year ago. Determined to find out what the stone is and what kind of powers it possesses, Astrid begins a journey that leads her to alchemists and an army of men under the rule of the powerful warrior, Mandulane, the acting lord of the Krystr army. Mandulane's mission is to spread the word of the new god Krystr, which preaches the evil intent of women and the danger they pose to all men, who are entitled to dominate the world. Rumors about this new god and army have spread, but Astrid is the first Northlander to encounter them. Soon, she stumbles upon a secret of a far-reaching and mind-numbing plot that will impact the entire world. Astrid must find a way to spread the news of this threat and protect her people and everyone else at risk. She's convinced the answer lies inside the Stone of Darkness, and she must find a way to understand the stone and the powers she's convinced it must hold before it's too late.
Posted by Flo at 6:56 PM