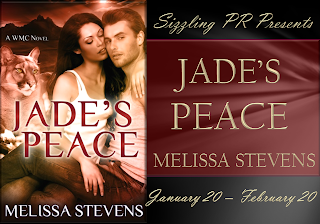 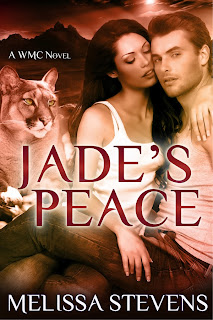 Blurb:Steve left his hometown to avoid doing something he knew he would regret. Now, ten years later, the girl he left to avoid has come looking for him, but she's not a child anymore.

Jade has spent the last six years haunted by memories and nightmares. At a turning point in her life, she's tired of waiting for something to change. She tracks down the only person she's ever been drawn to, a man she hasn’t seen in more than ten years. But can she convince him that their differences don't matter, that together they can both find peace? Author Bio:Melissa was born and raised in Arizona, she’s spent her entire life living across the southern half of the state. She’s found that, along with her husband and three children, she prefers the small towns and rural life to feeling packed into a city.

She started reading at a very young age, and her love for series started early, as the first real books she remembers reading is the Boxcar Children series by Gertrude Chandler Warner. Through the years she’s found that there’s little she won’t read, and her tastes vary from westerns, to romance, to sci-fi / fantasy and Horror.