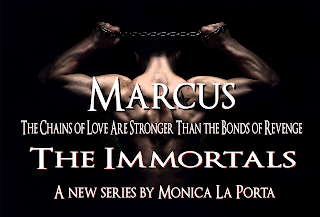 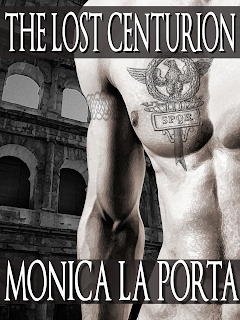 Marcus has sworn to avenge his wife's death—even if it takes an eternity to hunt down the vampire who murdered her. Once a Roman Centurion, Marcus is now immortal and, for the past two thousand years, impervious to human emotions. Until the night he rescues Diana…

Diana knew nothing of the paranormal world until her transformation into a vampling, a newborn vampire entirely reliant for survival upon the distant and seemingly emotionless Centurion, who found her in the throes of changing. Her protector turned her without her consent, but at his untimely death, she becomes the distant and cold immortal’s responsibility.

The entire vampire community is determined to kill Marcus as he protects one of their own. While Marcus and Diana travel the Italian countryside, being chased by their enemies, Marcus must choose between avenging his dead wife or saving Diana from the same vampire who ruined his life. Bewitched by the Amalfi moon, he soon discovers his heart has already decided for him.

Teaser
Marcus will avenge his wife's death—even if it takes an eternity to hunt down the vampire who murdered her. Once a Roman Centurion, Marcus is now immortal and, for the past two thousand years, impervious to human emotions. Until the night he rescues Diana, a newborn vampire…

Behind the scene of the Immortals: Rome as a character.
I’ve always had a fascination for the ancient history of Rome. Having lived in the Eternal City for a long time before moving to the States has given me a certain appreciation for everything Roman. When you stroll every day on the same cobblestones gladiators and emperors walked upon, you look at your surroundings with different eyes. Every stone has a story to tell. Every freshly unearthed ruin was once a grand villa, where people lived, and thrived.
Although, back in school, studying Latin wasn’t always fun, it gave me a sense of the way those ancestors of mine talked and thought. The structure of that language, built upon the Ancient Greek—other idiom that wasn’t easy to learn—reflects the complexity of the Roman culture and the sense of pride the Romans took in being part of something extraordinary. That sense of grandeur is still alive in Rome, a city that seldom sleeps and that has so many secrets yet to reveal.
When I was envisioning the Immortals’ world, I wanted an epic background and nowadays Rome came immediately to mind. Almost three thousand years of age, and this city is more beautiful than ever. So, what better place than Rome for my heroes to live, fight, and fall in love under the moon?
Follow Marcus, Alexander, Samuel, and Peter as they recklessly drive through the Eternal City, trying to avoid new archeological sites and the daily commute, while fighting the bad guys of the paranormal world.