Tulliat is a young Arkanian boy, whose biggest dream is to follow Victor's footsteps and become an Ecmentur contestant and a Sentinel Apprentice. The problem is that pure blood Arkanians aren't exactly the perfect fit for the Sentinel Academy. 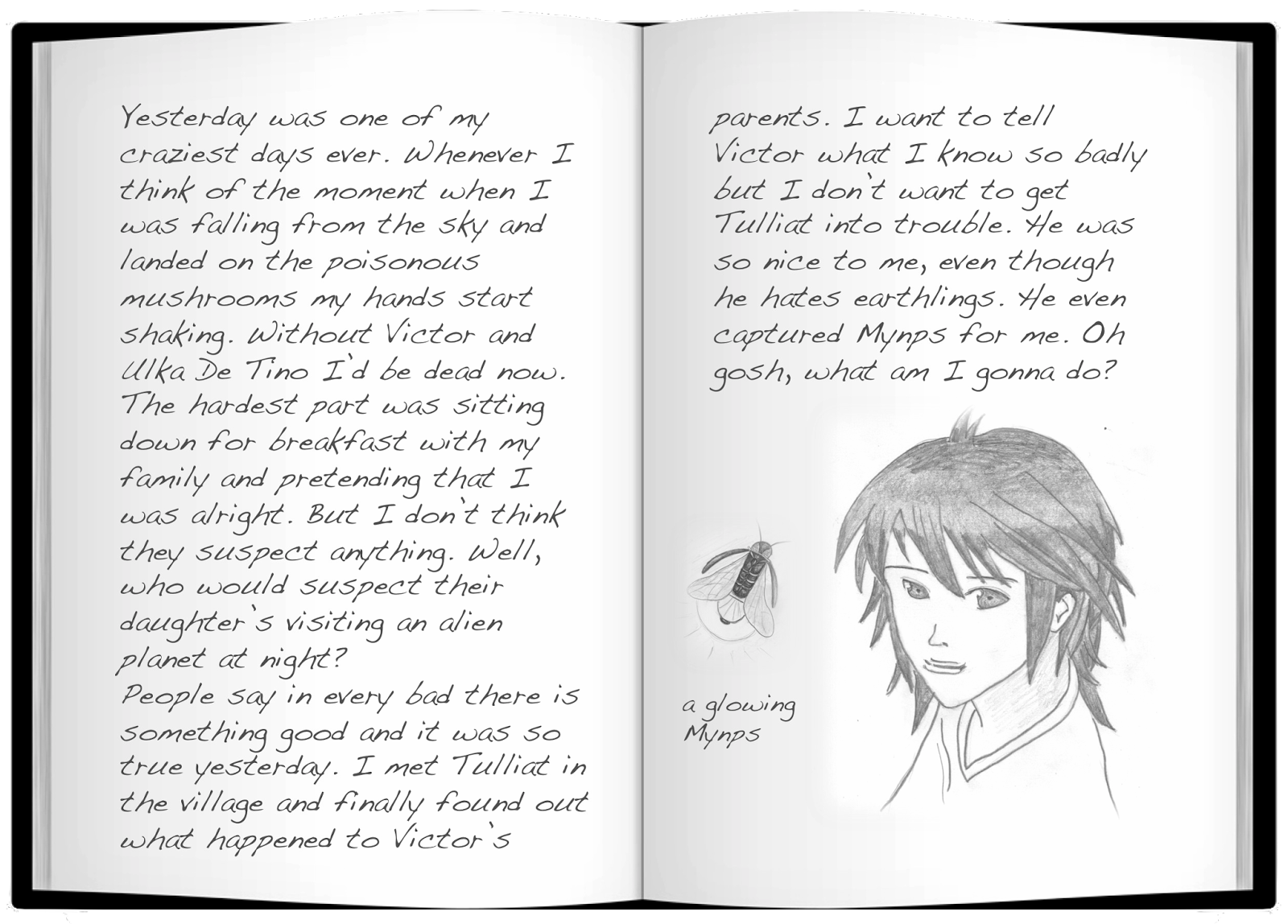 A YA romantic fantasy

Holding my breath, I slipped off the bed. I tiptoed to the chair by the fire where I found my clothes hanging washed and dried. I changed swiftly, hoping Victor wouldn’t wake up and Ulka De Tino wouldn’t enter until I was done.

I stepped out of the hut onto a rope suspension bridge stretched out between two trees. It was dark and the air was chilly. I shuddered and wrapped my arms around me.

An owl hooted in the distance and I looked up to see thousands of fireflies transforming the forest into a scene as if a starry sky was about to fall upon us.

I lifted my hand but the lightning bugs didn’t let me touch them, only hovered around me everywhere, mesmerizing me.

I stepped forward, the bridge wobbly under my feet.

“They’re Mynps,” a young boy said, peeking out from behind a tree and stepping onto the same bridge. He couldn’t have been older than fourteen. His face was kind, with roundish features. His eyes were bright and honest. His dark, wavy hair swept over his shoulders, tufts tucked behind his ears.

“They’re beautiful. And so many of them!”

“We paint the tree bark with arum oil. The smell attracts them,” he explained, smiling as he captured one in  his  hands. “Do you want to see it?” he asked, walking closer to me.

In front of me he opened his palm and the Mynp flew out leisurely, as if it knew that Arkanians meant no harm, and joined the floating mass of thousands.

“I’m Molly by the way,” I said, once my focus returned to the boy.

“Tulliat,” he said and bowed to me with a beaming face.

“Do you know Victor Sorren?” I asked, leaning against the rope railing of the bridge.

He laughed out loud. “Of course. He’s like a brother to me.”

“Well, I guess this is a pretty small village, isn’t it?” I observed, blank-faced.

“I just wanted to see you when you’re conscious. I’d better go now,” he said and turned away.

Two things immediately sneaked through my head from his statement. The first was the embarrassment that he saw me passed out and helpless. I swiftly dismissed that thought as other possibilities coursed through my head about who else might have seen me and how much they had seen. The other thing was the recognition of my opportunity here to find out more about Victor’s past. I couldn’t let him go.

“Tulliat!” I called out, keeping my voice controlled and low to avoid waking Victor.

He turned and waited.

“Do you think you could show me around the village?” I asked in the sweetest voice I could manage, framed by my pleading eyes and a charming smile.

“It’s too late and dark. Victor wouldn’t like it.”

“He’s sleeping. He’ll never know,” I said, knitting my brows for an even more emotional look.

“Well, perhaps taking you to the tower would be okay,” Tulliat compromised at least.

“I’m sure it would,” I whispered, shuddering, and pulled my arms closer. I had accidentally left my fur coat in Weston’s Araneavi so I had only pants and a long-sleeved shirt to withstand the cold. My teeth chattering, I watched Tulliat capture Mynps and put them into a lantern. After he closed the small metal flap, he noticed my discomfort at once, peeled off his white coat and placed it over my back. It was made of very fine wool and smelled like pine and smoke.

“Thanks,” I said and wrapped myself in it. “But won’t you be cold now?”

“Nah,” he said, waving his hand. “I have two more layers of clothes on.”

I pulled his jacket tighter around me, looked back one more time toward the hut where Victor was sleeping, and followed Tulliat’s lead to the tower. We passed three more bridges and walked around a ledge built to surround a giant tree trunk, then climbed a rope ladder. The branches of the crown had been removed, leaving a clear path to the platform. As I hauled myself higher I looked up and noticed a rectangular slot. An open trapdoor.

Once Tulliat reached the top, he dropped onto his stomach and stretched his hand out for me through the opening. I wrapped my fingers around his forearm and he helped me onto the timber platform that was built on top of the tree, secured against its trunk, about two-cars wide and three-cars long. Behind us swayed the part of the crown that remained untouched. It was dark and ominous, giving me the creeps. Tulliat stepped over to the edge. I hurried to join him.


Written and illustrated by A.B. Whelan

Thank you for reading,


Find the series on Barnes&Noble and Smashwords

Safe and Sound (A Fields of Elysium Novella)


Open only to those who can legally enter and have a US postal address. Winning Entry will be verified prior to prize being awarded. No purchase necessary. You must be 18 or older to enter or have your parent enter for you. The winner will be chosen by rafflecopter and announced here as well as emailed and will have 48 hours to respond or a new winner will be chosen. This giveaway is in no way associated with Facebook, Twitter, Rafflecopter or any other entity unless otherwise specified. The number of eligible entries received determines the odds of winning. Giveaway was organized by Kathy fromI Am A Reader, Not A Writer and sponsored by the author. VOID WHERE PROHIBITED BY LAW.

INTERNATIONAL WINNER will receive a Fields of Elysium eBook, Valley of Darkness Part 1 and Part 2 eBooks and a Safe and Sound eBook.


I'm a Hungarian born American writer, who was lucky enough to travel Europe, Africa, and The Middle East and live in Ecuador, Crete and Italy. I graduated as a computer engineer, thus if anybody tells you math and literature can't walk hand in hand, don't believe them. *smile*


I'm the author of the Fields of Elysium saga, which I like to call a young adult romantic fantasy. The first book of the series was inspired by amazing movies like Dirty Dancing, Avatar, and Twilight and earned praise from prestigious review companies and readers. I'm currently working on book three and four, and planning to write one more novella to finish the series, dedicated to another very interesting character in my story, The Prophet, the mysterious leader of the Arkanians.

Find me on Social sites. Friend me. Follow me. Message me. I love to connect.