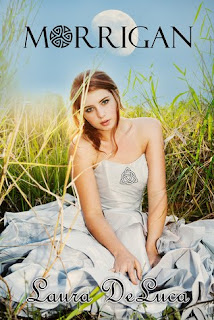 Shuffled from place to place in the foster system, Morrigan doesn't know the meaning of home. Plus, she is different. She has power over fire, the ability to move objects with her mind, and glimpse into the future. Just when she believes her life can’t get any stranger, she discovers her true identity.

Filtiarn, a knight with a dark past and a surprising secret, has been tasked with guiding the heir of Tír na NÓg through countless perils to be returned to her family. Once Morrigan has been reunited with her mother and grandmother, their triad can save the forgotten land of magic from being devoured by an ancient evil. 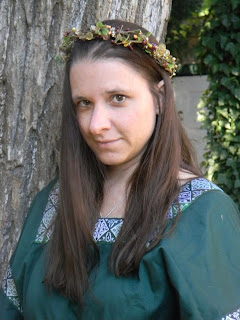 Laura “Luna” DeLuca lives at the beautiful Jersey shore with her husband and four children. She loves writing in the young adult genre because it keeps her young at heart. In addition to writing fiction, Laura is also the sole author of a popular review blog called New Age Mama. She is an active member of her local pagan community, and has been studying Wicca for close to eight years. Visit her on her websites at http://authorlauradeluca.blogspot.com or http://newagemama.blogspot.com .