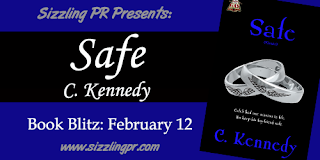 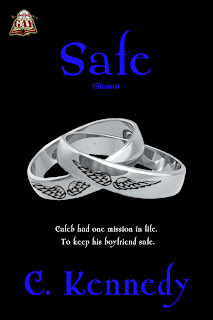 They met at ten, they kissed at twelve, and were madly in love at eighteen. Caleb is the captain of the swim team and the hottest senior in school. Nico is small and beautiful and has an Italian father who rules with an iron fist. Literally. Nico is never safe from his vicious father. One morning Caleb forgets himself and pecks Nico’s lips at school. A teacher sees them and tattles to the Headmaster. Accidentally outing themselves is the least of their problems. The ball set in motion by the school’s calls to their parents may get Nico killed.


About the Author:
Talking about yourself is a cruel form of torture. Tall or short? Short. Big or small? Small. Blonde, green… Have I said enough? Or, did you want something like this?
Raised on the mean streets and back lots of Hollywood by a Yoda-look-alike grandfather, C. Kennedy doesn’t conform, doesn’t fit in, and is epic awkward and lives to perfect a deep-seated oppositional defiance disorder. In a constant state of fascination with the trivial, Kennedy contemplates such weighty questions as If time and space are curved, then where do all the straight people come from? When not writing, Kennedy can be found taming waves on western shores, pondering the nutritional value of sunsets, appreciating the much maligned dandelion, unhooking guide ropes from stanchions, and marveling at all things ordinary.
Website.