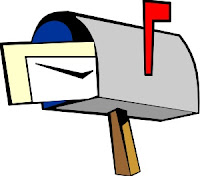 Here are a few new reads that I have received this week.

When you build an entire life on a foundation of lies, it only takes one truth for the whole thing to come crashing down. I never invited the truth in. I never went searching for it. I never had any reason to suspect that the two people I loved most were dishonest with me every second of every day.


I made one bad decision, and in a single day my entire world changed. If I'm ever going to discover the truth about myself and my parents, I have to trace all the lies back to their source. I have to try to find the truth that they're hiding.

The more I discover about myself, and my past, the more I realize that lies really are better than the truth. But now that I know the lies are all around me, I can't stop until I've discovered them all. I'll pull each lie away, one by one, and examine it to see what's underneath…until this house of cards crumbles into dust at my feet.

I just hope I can survive the crash.

12 short stories that initiate the ball of fate rolling on the court of life. Meet Samantha, John, Amy, uncle Ben and an octogenarian amongst a dozen other faces who share their anecdotes through this book.

What do they have in common? Successful and interesting people from a diverse background, their paths cross with Anita Maher. This sets off a cascade of events that compels everyone to look back at their own lives. How is Anita affected? Other people too seem to bump into Anita all of a sudden . Does life want to convey a message to all?

12 heartfelt anecdotes from their lives kept a secret all this while, only to be revealed to Anita, when time seems limited and many ventures still left unexplored. Does life give a second chance? Find out in this book which shares their exploits and adventures through their intriguing and engaging vignettes on life.

Being a trained killer, Kala can handle most things the world throws at her. However, when she murders her fiance, Kala's life is thrown into chaos. Forced to leave everything behind, she runs from city to city, in fear of her psychotic boss who is seeking her death. If that wasn't enough, she also has to cope with the re-appearance of her dead fiance who is struggling to keep a hold on his sanity as he strives for revenge. 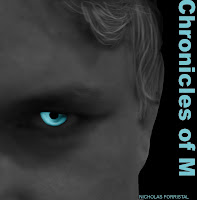 An agent to the stars retires. During a bank deposit, a heist goes sideways, resulting in him saving the day. Due to the agent's actions, a mysterious man approaches him with an opportunity. To join an ex-government agency whose purpose is the handling of an unconventional man named "M" as he battles the supernatural. Will he join for the adventure of his life, or will he continue his retirement?
Posted by Flo at 4:57 PM