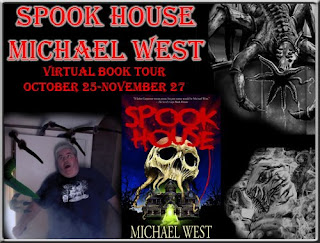 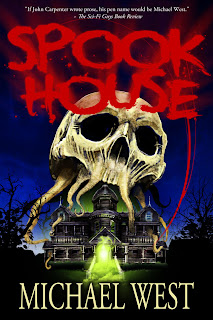 There are some places in this world that go far beyond any normal definition of “haunted.” These places are so evil, so diabolical, that they become gateways to Hell itself. The Fuller Farm is one such place.

It is said that old man Fuller conducted unspeakable acts, blood rituals and human sacrifices, all in an attempt to gain the ultimate knowledge, the ultimate power. And then, he was killed–horribly murdered on his own lands, leaving the house to stand as a vacant monument to his wickedness. But once a door is opened, it can never really be closed.

Now, the stars are right. The gateway is ready to once more unleash unspeakable horror upon the town of Harmony, Indiana. And this will be one Halloween that they will never forget!

Michael West is the critically-acclaimed author of The Wide Game, Cinema of Shadows, 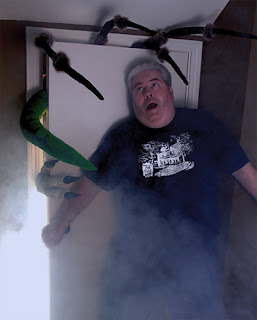 Skull Full of Kisses, and The Legacy of the Gods series. He lives and works in the Indianapolis area with his wife, their two children, their bird, Rodan, their turtle, Gamera, and their dog, King Seesar.

Every Halloween, he turns his garage into a haunted house