Thanks to author Michael Cargill for sending us this great guest post. 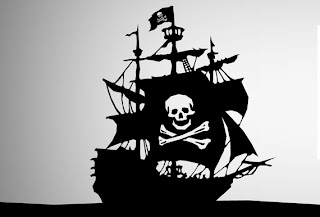 Literature is something of a latecomer to the digital revolution. In some ways, this is quite surprising, as it predates other forms of entertainment like computer games, film, and TV by several thousand years. Mind you, the older generations are often the slowest to get to grips with anything new. After all, when was the last time you heard your granddad talk about getting an Xbox?
Some of the growing pains for ebooks, have been the same ones that other forms of digital media have gone through, and still are going through. Piracy is one such pain.
The mere mention of the word ‘piracy’ generates quite an angry response from many people, whether they are a writer, or a reader.
To those people, I say you should perhaps step back, and rethink things a bit. I’m an indie author, and I know for a fact that my work is available to download from torrent/pirate websites. I know this to be a fact, as it was me who put them there in 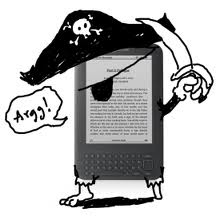 the first place.
Before I go any further, I’ll just mention a few things, to provide some context. Firstly, you won’t see me on any bestseller lists anywhere, not unless that list is based on an otherwise empty shelf. Yes, woe is me, get out the violin and all that.
Secondly, years ago, I used to be something of a profligate pirate myself. My hard drive was chock full of computer games, applications, films, and TV shows. I knew lots of other people who did the same thing as well.
Lastly, I have no formal legal education, or training. This puts me at around about the same level as that bloke in the pub, who insists that it’s perfectly legal to shoot a Welshman with a crossbow, so long as you do it outside the city walls, on a Wednesday afternoon.
Just to be clear, I have no intention of getting involved with the tedious, semantic differences between copyright infringement, and theft. I’m also mainly talking about the financial impact of piracy, rather than the copyright side of things.

So then: why did I upload my own work to some torrent sites? Well, “Why not?”, is my response. At the moment, practically no-one knows about me. My ability to market myself is largely limited to blogs, Twitter, and pinning posters up on the trees along my road. Now that my work is available by torrents, I have added one more avenue for readers to find me. I created threads on the torrent site forums, informing them all of what I did. I got a few replies from people thanking me, and wishing me luck. In the few days following on from this, I had an increase in the number of hits to my blog, from people searching for terms like “Michael Cargill author” on Google. Prior to doing this, that had never happened before. 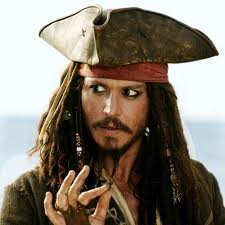 Of course, the usual retort to this is “You don’t get money from pirates!”, to which I say is a load of poppycock.
As I mentioned earlier, I was once a profligate pirate myself. Yet, despite the fact that my hard drives were heaving with illegally downloaded material, my shelves were also teeming with legally purchased material as well.
And the same goes for many people who pirate things. There are numerous studies that show that the people who illegally download the most music, are also some of the biggest purchasers of music. This won’t be true for all of them, of course, but it is a fact that cannot be ignored.
It’s also important to recognise that just because someone illegally downloads a book, or a film, or a song, it doesn’t necessarily mean that the copyright owner has lost a sale. For a start, pirates will often download stuff that they have no intention of ever using. They’ll often do it, just because they can. I mean, who wouldn’t want to download the latest version of AutoCAD if the opportunity is there...?
A quick search on a torrent site reveals that I can download the entire works of Stephen King, in about fifteen minutes. That’s everything that he has ever published, about sixty five books in total, right there on the Internet. Ebooks are small in size, so they take no time at all to pirate. However, to say that anyone who downloads them all has denied Mr King of sixty five books worth of royalty fees, is wrong.
First of all, very few people will ever go out and purchase that many books at once. Secondly, that pirate simply isn’t going to read all sixty five of those books either. He or she may read one of them, and enjoy it. However, they aren’t that likely to immediately read another Stephen King book. They are more likely to read something from someone else, whether it’s pirated, or legally bought.
The reading habits of a pirate are exactly the same as those of a ‘normal’ reader. They will talk about it to their friends, and family. They will join in with the discussions about it on Goodreads. They leave reviews on Amazon, Goodreads, and their blog. After illegally sampling an author’s work, they may go on and purchase legitimate copies of their work. This is something I did when I was a pirate. It’s what I witnessed other people who pirated media do, as well. It’s what some of the studies into piracy have shown, as well.
Of course, you don’t have to just take this indie’s word for it. Bestselling author Neil Garman has taken a similar stance to ebook piracy. He even made a video on YouTube about it, that is still available to watch, though he is someone who made his name (and fortune) long before ebooks ever existed.
It’s also worth bearing in mind that you can’t actually fight piracy, either. For every anti-piracy method that is put in place, it is easily defeated. Companies can spend thousands implementing an anti-piracy scheme, only to see it cracked within hours of its release.
An author could spend a huge amount of time, scouring all corners of the Internet, trying to hunt down those elusive illegal links to their work. Yet, all that time is wasted. It took me less than five minutes for me to put my own work up on a torrent site, but it might take days for a furious copyright owner to get something removed from a website.
Many people will say “if everyone pirated books, then authors would starve!” Now, whilst that might be true, it’s also true that if everyone flushed their toilets at once, the sewer system would collapse. The fact is, that not everyone will pirate books. At least part of this is down to the fact that it requires a certain level of technical knowledge to pirate, that many people struggle to get over. Some Kindle owners simply don’t know how to manually copy ebooks onto their device.
To be honest, I probably have more sympathy for the readers, than I do the authors. They can be understandably annoyed when they see someone stealing books, and getting them for free, rather than paying for them.
In writing this short article, I’m not expecting to drastically change anyone’s mind. However, the piracy debate has been raging for a long time now, and it really needs a more level-headed approach. None of the heavy-handed antics employed so far have put so much as a dent in it.
I think we should embrace it, rather than hate it. 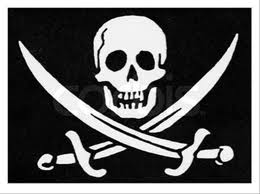 Study: Piracy Does Not Deter the Production of Music, Films, Books