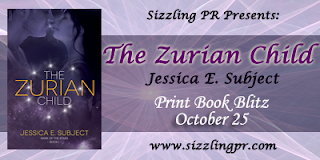 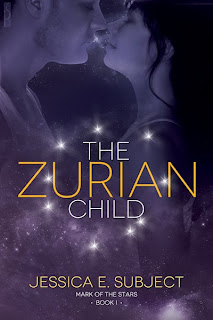 Lindsay Beckett longed to be reunited with her first love, Quinn Montgomery, until shelearns the secret that sent him fleeing from her in the first place. He's an alien, a Hemera, and she's half-Hemera herself. As if that wasn't enough to ruin her dreams of a perfect life, when their child is born, they discover she fulfills a prophesy told twenty light years away and many years ago. Lindsay wants to ignore it, until her husband is murdered and suddenly believing becomes a matter of survival.
Lindsay and her young daughter are forced to rely on another Hemera, her husband's partner and best friend, Bryce Beuermann as more and more of the Hemera are slaughtered. Bryce will do anything to help his best friend's widow—including suppressing his own deep feelings for her. But he must prove they can trust him, even pretending he doesn't want her with all his heart.
Buy Links: Silver Publishing (ebook/print) / Amazon / Barnes & Noble / All Romance / more

A block stood between him and the bottom of the mountain, where the Law Enforcement Office greeted Hemera friend and foe. The office signified the beginning of the main city within the mountain, where the quartz miners lived and worked. In the centre of the mountain, an open cavern held seven quartz-powered ships, enough to save the entire Hemera population.
"We are almost there," he said to himself and the baby in his arms.
Lorne gagged. Erebus. The stink hit his senses before he heard the creature's call. The monstrous beast lumbered toward his direct path to the mountain, having a central core and tentacles larger than any other he had laid eyes on. This one moved faster, too. The creature could take him out before he reached the mountain. I have to get there first.
Only one chance existed to get off the planet. He filled his lungs with air then pumped his legs as he raced past the Erebus toward the office.
Five meters from the facility, a tentacle whipped out, wrapping around Lorne's ankle. He crashed to the ground. Twisting over to one side, he landed on his shoulder, in an attempt to keep Bryce unharmed. His maneuver failed and the baby wailed in pain. The Erebus yanked the screaming boy from his arms.
"Be ready!" A man stood in front of the LE Office, weapon aimed at the large creature. "You had better catch that baby!"
Bryce squirmed high in the air as the Erebus taunted Lorne, swinging his tentacle around, ready to send the boy crashing to the ground. Lorne had witnessed the murder of a good friend by the same method. He would not let the same thing happen to Bryce. Bracing himself for the weight of the baby, he bent his knees while standing to the side of the Erebus. He had to catch the boy in time.
A blast sizzled through the air. The Erebus howled. Bryce rose higher.
"Shit!"
"Again!" Lorne couldn't lose him.
The Erebus received another jolt, jerking in response. The baby, screaming, remained out of Lorne's reach.
With no time to waist, he removed his own weapon.


Jessica Subject started writing to encourage her daughter to read. Now she writes to 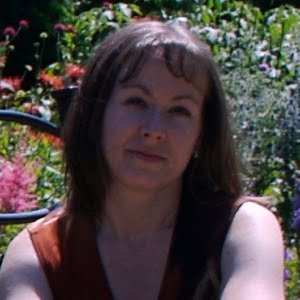 keep herself grounded. Although she reads many genres, she enjoys writing Science Fiction Romance the most and believes everyone in the universe deserves a happily ever after. She lives Southwestern Ontario, Canada with her husband and two kids and loves to hear from anyone who has enjoyed her stories.
Website / Facebook / Twitter / Goodreads
Posted by Flo at 12:00 AM