I would like to thank author Donna Lanheady for sending us this excerpt and offering this  giveaway of a print copy of her book Whoever You Are. This is a giveaway for one signed copy and open to US residents. 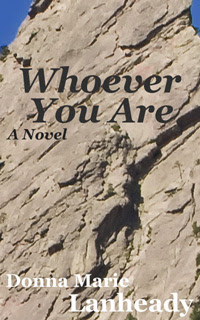 Are you defined by your family, your career, your accomplishments? What happens when something you think defines you changes?

Emily McGinn, a recurring character from Where Secrets Lie, believes she knows exactly who she is and where she belongs in the world, until she receives an inheritance from an unknown benefactor. Uncovering the source of the inheritance leads Emily to discover buried truths undermining what she thought was a straightforward life. As the truths alter Emily’s perception of the people closest to her, her perception of herself shifts as well.

Set in the unique foothills community of Boulder, Colorado and its environs, Whoever You Are questions not only how we define ourselves, but also how we define family and whether we bear any responsibility for the actions of those who came before us.

“Forgive me for saying this, Grace, but I’m concerned about Sterling’s reaction.” James removed his reading glasses and laid them atop the papers on his desk.
Grace shifted her gaze away from him.
“Yes, I understand, Jimmy. I just can’t deny this child any longer.”
Grace was the only person who called him that anymore. Coming from anyone else, it would make him cringe. However, the reality embodied in Grace’s appearance dimmed his smile.
Despite the weariness Grace’s illness etched upon her face, her sitting posture remained erect. Her silver hair was styled in a classic bob, her makeup sparse and tasteful. The tailored suit she wore held its lines even on her thinning frame.
Word was, Grace had a heart condition that could not be cured in spite of having the financial means to pursue any treatment. Given her labored breathing and her skin’s bluish hue, the doctors must be running out of options. Given these changes to her will, Grace must be running out of time.
“Would you like to include a personal letter to explain?” James asked.
“No, I’ll tell Sterling about the changes myself.”
“Actually, I was thinking about the girl. This will likely be quite a shock for her.”
To say the least. James had been their lawyer and friend back then too, back when Hunter insisted they renounce the child for the sake of decorum. It was clear to James then, doing so broke Grace’s heart. It was clear to him now, her heart never mended.
“I considered it,” Grace said, “but how can I possibly condense a lifetime into a letter?” And the choices. How in the world would she ever justify the choices?
James fiddled with his fountain pen, which Grace had given him last year for his birthday. Every year it was the same gift just a different model, a different color or design, and each year he looked forward to seeing what she chose. Odds were, the pen in his hand would be the last.
“No,” Grace said, “it’s better not to try. A letter like that would just muddy the waters. I don’t want to burden her with empty explanations or pleas for forgiveness. What’s done is done.”
It was too late to give this child anything but a token and an opportunity to discover who she was. It’d be up to the child to seize the opportunity or not.
“If she asks you any questions, Jimmy, just point her in the right direction and let her find her own way. If she’s anything like her mother, she’ll do just fine.”
“All right, Grace, whatever you say.”

A longer sample is available at Amazon

Although Donna lives on the east coast now, she was born in a suburb of Denver, moved near Boulder as a teenager, and lived in the Boulder area for much of her adult life, which is why she chose Colorado as the setting for her first two novels, Where Secrets Lie and Whoever You Are.

Books captivated Donna at a very young age. All those years and all those books 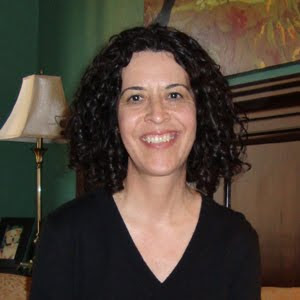 inspired her to become a writer. The journeys the books took her on enthralled her. Their ability to make something imaginary seem real is what spoke to her, got into her blood, and would not let her rest. She had to write!

Donna loves to hear from readers and listen to their perspectives on her novels. It fascinates her how people can look at the same thing and see it in so many different ways, so if a reader ever wants to tell her what they think or just wants learn more about her, find her on Facebook, Goodreads, and Twitter.