Thanks for letting me interview you and for stopping by The Cotton Patch and offering such a great giveaway. Up for grabs is an ecopy of The 8th Doll in your choice of formats. This is open internationally as well.

Well, I live in a rural town in Western Oklahoma with my wife, Darcey. Originally I’m 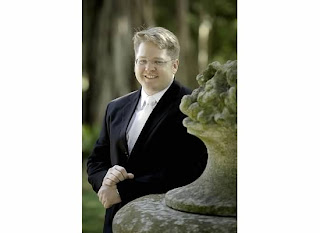 from another small town, Los Angeles, California. (You might have heard of it) I teach at a local university for a living, but when I’m not teaching, I love to travel and scuba dive. I have been very lucky in that I’ve been able to circumnavigate the globe and meet all sorts of interesting people. One of the things I love to do is throw in things I’ve learned or seen from my travels. My dream job would probably to be Rick Steves or Andrew Zimmer.

How long have you been writing and have you always been interested in science fiction/ thrillers? Do you write other genre?

Unlike a lot of people, I haven’t been at this forever. In college I wrote for the school newspaper, but that was about it. In 2010 I went to Haiti and wrote a book about the situation after the earthquake there. It was a difficult trip, and once the book was published, I wanted to write something different, so I decided to put together a thriller about the Mayan apocalyptic prophecy. But I don’t really want to limit myself to just one genre because I think the story is the most important part. If it’s sci-fi, western, steampunk, or something else, as long as there’s a good story, that’s what I want to tell.

Is there a certain place that you prefer to write? Or draw inspiration for your writing?

I prefer to write sitting down, but that’s about it. Parts of this book and others were written at the kitchen table, in airports, in libraries – all over the place. When I’m in the process of writing, I like to be able to write for long stretches of time, but when I can’t do that, I will spend whatever time I can putting words down. My inspiration for stories comes from all over the place. Whenever I travel or talk with people, I like to think about what aspects keep my attention and what aspects would keep someone else’s attention.

Do you listen to music when you write?

Whenever possible. There are a couple of albums that I like to put on and just drift into another world. The Killers, Rush, and Counting Crows all have albums that transport me to a different place, which is helpful, especially when I’m trying to write about that other place.

What writers have influenced you?

I try to read as many of the classics as possible, as well as books that are currently best-sellers. From the classics I like to look at what has made their stories stand the test of time, whether it’s dialogue or something specific about the characters themselves. I read a lot of Hemingway’s work as well as some Fitzgerald. But at the same time, I think Steig Larssen has some fantastic things in his series, and I have no problem saying I would pilfer his techniques if I thought they would help one of my books along.

Please tell us a bit about The 8th Doll. The 8th Doll is a fast-paced thriller about a murder investigation in the Mayan Riviera. When someone is ritualistically killed at the ruins of one of the biggest Mayan cities, a team comes in to determine what happened, and they end up finding a link to the 2012 apocalyptic prophecy.

Is this the first of a series or a stand alone novel?

It’s the first of a 4-book series that is going to be about different events in different locations, but still involving the same characters.

What kind of research went into The 8th Doll?

I was lucky enough to be in Dzibilchaltun, the Mayan city where this all takes place, when I was inspired to write the book. I spent the entire trip trying to soak up as much of the culture and details about the location as possible. It wasn’t hard to get details about the Mayan Calendar and the 2012 prophecy, however, since everyone was talking about it. Having the chance to walk around the ruins and speak with some of the people who worked there and lived there really allowed me to write something that had a different feel to it instead of just reciting what I had read in someone else’s book. There’s a difference between walking down a long, dusty road in the sun and seeing that a road is long on a map.

Have you always been intrigued by the Mayan Calendar?

I’m kind of skeptical of most conspiracy theorists and theories in general, especially since I feel like there’s someone every year who says that THIS is the one where the world is going to end. What I find interesting about the Mayan Calendar, however, is that this is essentially like their December 31st, 1999. It’s not just the end of a ‘year’ (they use different terms) but it’s the end of a really, really long era. The more I had the chance to speak with people in Dzibilchaltun about it, the more interested I became in the area and the prophecy.

How long did it take to write this book?

From inspiration to publication was about 9 ½ months total.

The cover art for this book is intriguing, can you tell us who designed it?

The publisher, Dr. Ken Tupper at Divertir Publishing put it together. The picture is an actual photo of the Temple of the 7 Dolls in Dzibilchaltun, and the doll with the bloody 8 on it is the doll that Charlie Landry drops when he is killed. (This isn’t a spoiler…it’s page 3 of the book, I think)

Do you have any other projects in mind at this time?

The second book in the series, The Eye of Siam is being edited now, and I think it’ll be out sometime next year. I plan on spending part of 2013 writing the third and fourth books in the series. Once they’re done, I already have about a half-dozen other books I’d like to write. We’ll have to see how much time I have to finish those, however.

Is there anything else that you would like to add?

I love speaking with fans. If you want to follow me on Facebook I always speak with people when they post questions there. It’s also the best place to get updates about radio interviews and book signings that I have coming up.
Thanks again for letting me do this interview.