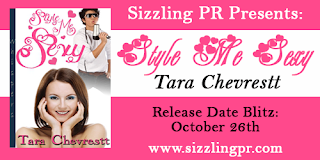 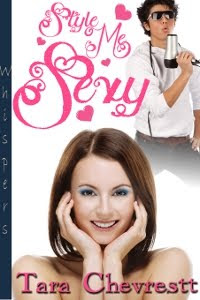 Genre - Short Story, Sweet Romance
Bridget isn't beautiful. At least she doesn't think so. Besides, her ex always told her she wasn't. And she believes him. So when an online romance leads to a blind date, she heads to the salon for a makeover stat.
She's dismayed to discover that her usual stylist isn't available, and she has no choice but to let a man do her hair. Nervousness turns into sexual awareness as the sexy Javier buries his fingers in her tresses.
Javier has been aware of the timid but kind woman for some time and vows to make her see that she's beautiful on the outside as well as on the inside. Will he succeed in keeping his own feelings at bay and style her sexy?

Excerpt:
Bridget was grateful to get out from the under the hairdryer. Not only were her eyes beginning to water and tear, but she was looking forward to having Javier wash her hair, to have his soapy fingers massaging her scalp and oh to be at eye level with… Oh, my gawd. He’s gay. He’s not going to want you looking at his… oh, what does it matter? Looking isn’t the same as touching.
She followed him to the sinks and sat in the chair he beckoned her to. He placed a rolled up towel behind her neck before she rested it on the hard edge of the sink. He’s considerate. Deborah never did that. I always had a crick in my neck after washing…
She closed her eyes as the warm water cascaded over her hair. His fingers soon followed, pulling the foil from around the strands, caressing her mane as it fell into the sink. His attentions caused goose bumps to rise all over her body. She felt her nipples harden into little peaks beneath her bra.
Finally, the foil was removed from her hair, and his hands delved deep into her newly highlighted tresses. Oh, yeah. That feels so good. Some sprinkles of water fell onto her face when he rinsed the shampoo from her hair, but she barely noticed. She was noticing wetness growing elsewhere and not for the first time, was glad to be wearing the cape.
Javier, however, did notice the water on her face, for he gently dabbed at the drops around her eyelids with a towel. She opened her eyes, and they sought and met his. It felt like an eternity, but it was only a few minutes. They simply gazed at each other, and Bridget silently prayed that he didn’t notice the increase in her breaths. She tried to take short, measured inhalations, but it was hard to breathe at all with his eyes on hers, with his hands buried in her hair, with the knowledge that should she turn her head just a bit to the left, she would be eye level with his plumbing, and oh, she so wanted to look. How utterly and deliciously naughty.
Posted by Flo at 7:42 PM